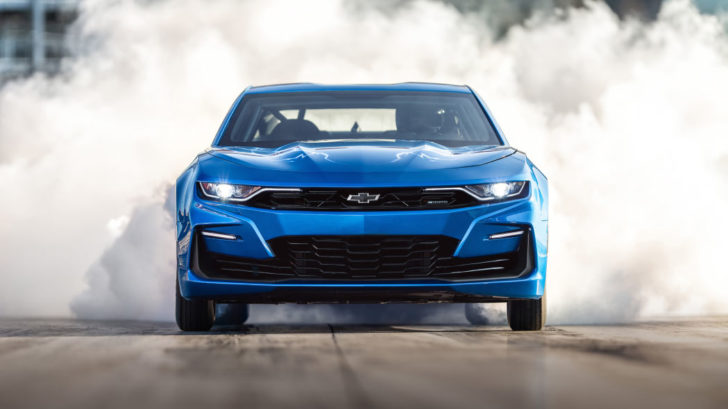 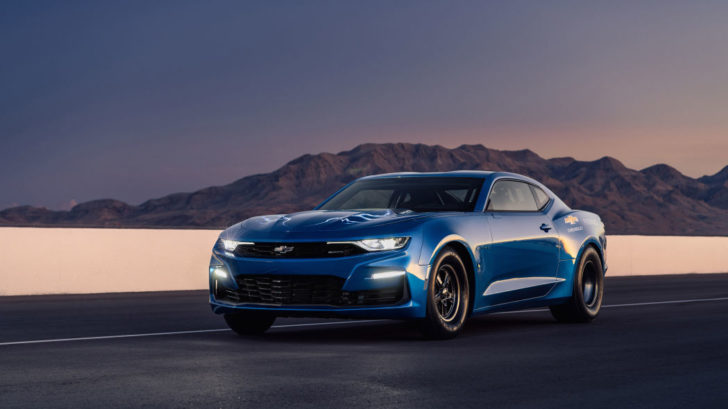 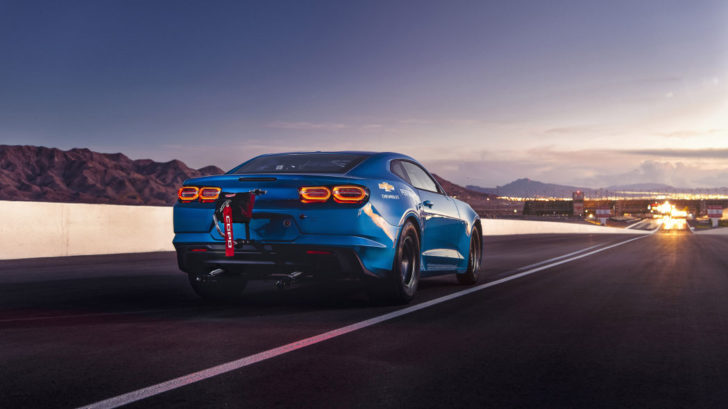 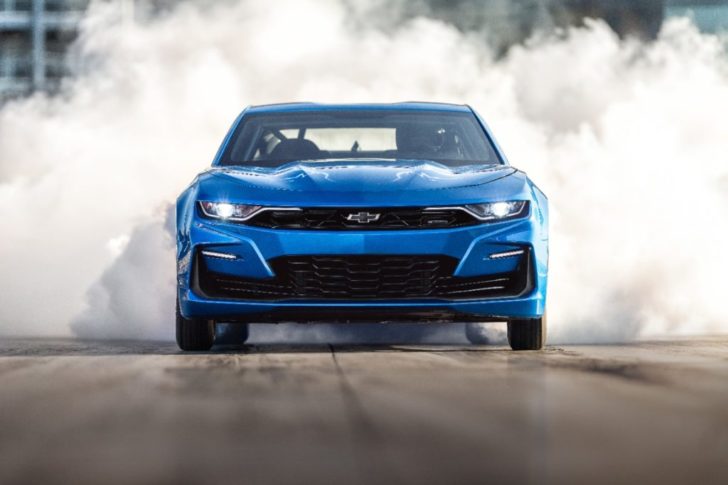 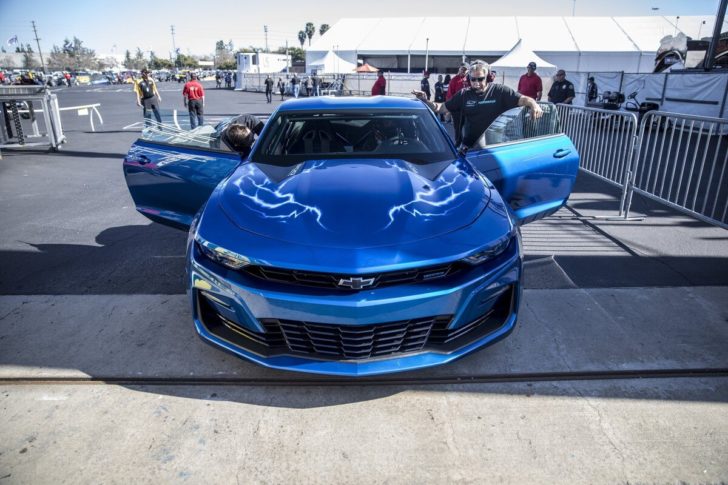 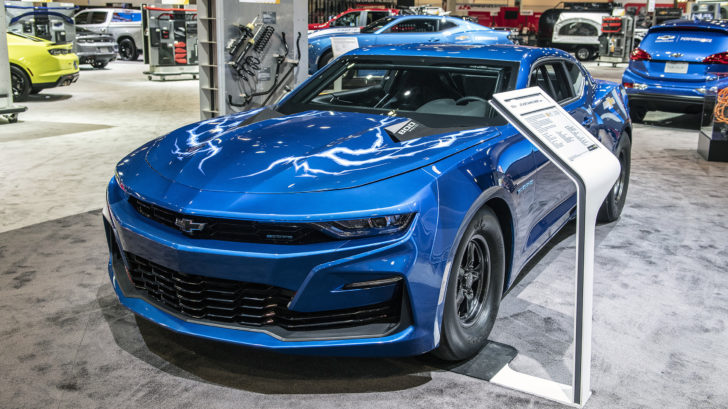 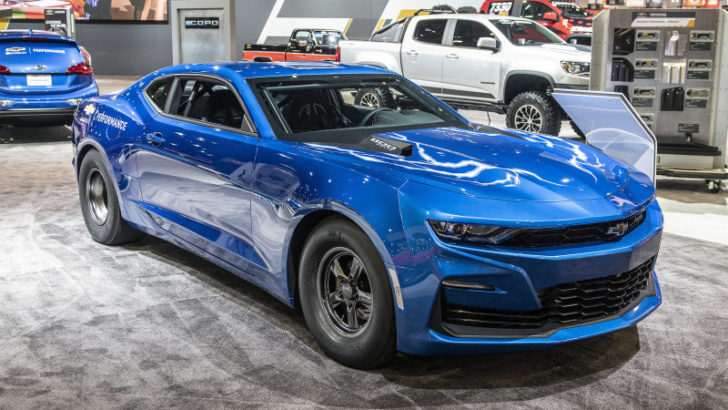 The Chevrolet eCOPO Camaro Concept is one of the quickest and most interesting sports cars Chevrolet has ever produced. With electric power at its back, the eCOPO is capable of a 9.51-second quarter mile at the drag strip, thanks to more than 700 horsepower and 600 lb-ft of torque. And now it’s going up for sale.

Russo and Steele Collector Auto Auctions is holding an event at Monterey Car Week, and its list of available cars has something for every type of enthusiast. A ’55 Mercedes-Benz Gullwing, an ’05 Ford GT, a ’52 Tojeiro Barchetta design study, and a ’69 Ford Mustang Boss 302 are just a few of the impressive offerings, but the eCOPO still stands out from the bunch. It represents a major point in Chevrolet’s and the automotive industry’s history, plus there’s only one in existence.
ADVERTISEMENT

General Motors launched the eCOPO at SEMA 2018 in partnership with Hancock and Lane Racing. It uses an 800-volt battery pack, which consists of four 200-volt modules. Two of the modules are stored in the rear seat area, and two are in the trunk. With this positioning, the eCOPO has more than a 56 percent rear-weight bias, which helps with launches.

The eCOPO has two BorgWarner HVH 250-150 motor assemblies, which pair with a race-tuned Turbo 400 automatic transmission. That power is funneled to the same solid rear axle from the regular production COPO Camaros.

This car, which has the same bell housing mounting pattern and crankshaft flange as Chevy’s LS crate engines, represents an entirely new path for General Motors racing and is a preview of what the future holds. It is expected to draw more than $400,000 when it hits the block on Friday. For a full look at the auction list, visit Russo and Steele.