Of course, you’d have to look at previous spy shots of the car in order to spot these differences – checking out the concept cars unveiled back in October would be rather redundant until most, if not all the camouflage comes off.

We also noticed that, unlike the testers in the previous batch of spy images from last month, this particular truck has two fuel caps, one on each side, which could indicate the presence of twin-tanks or – less likely, a plug-in hybrid (PHEV) powertrain.
We’re expecting the X-Class to look much like the Stylish Explorer and Powerful Adventurer concepts from last year, so there should be a large enough degree of separation between the Mercedes pickup and its Navara and Alaskan brethren.

While entry-level models will feature RWD as standard, the X-Class will get an all-wheel drive system as an optional extra. Power should come from a range of 4 and 6-cylinder units – which makes sense since even last year’s concept cars packed a V6 diesel engine, offering a towing capacity of up to 3.5 tons (7,000 lbs).

The Mercedes-Benz X-Class mid-size pickup is expected to arrive later this year, though unfortunately for U.S. buyers, the truck won’t be landing Stateside. 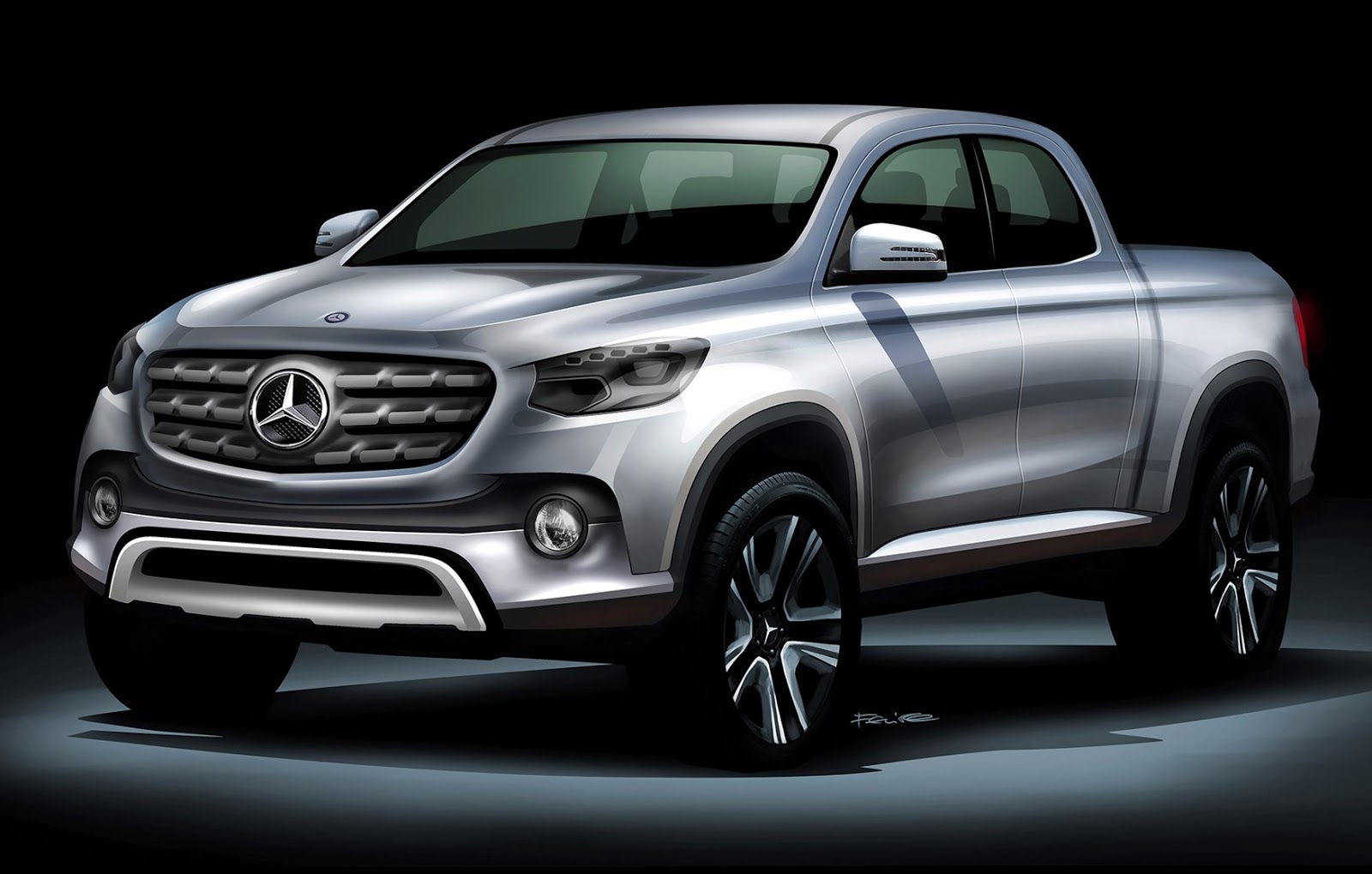 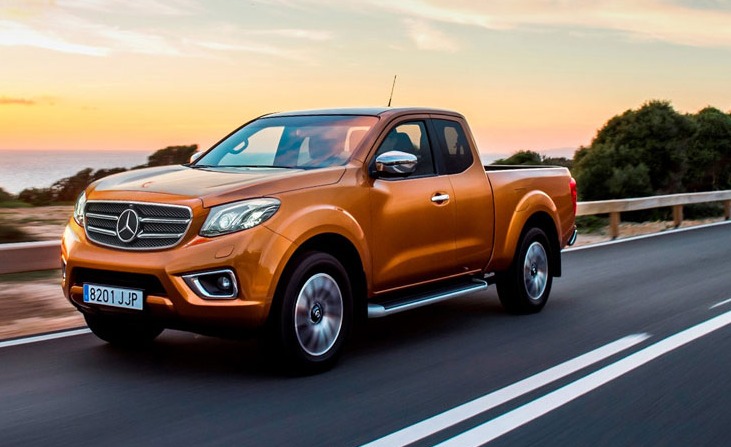